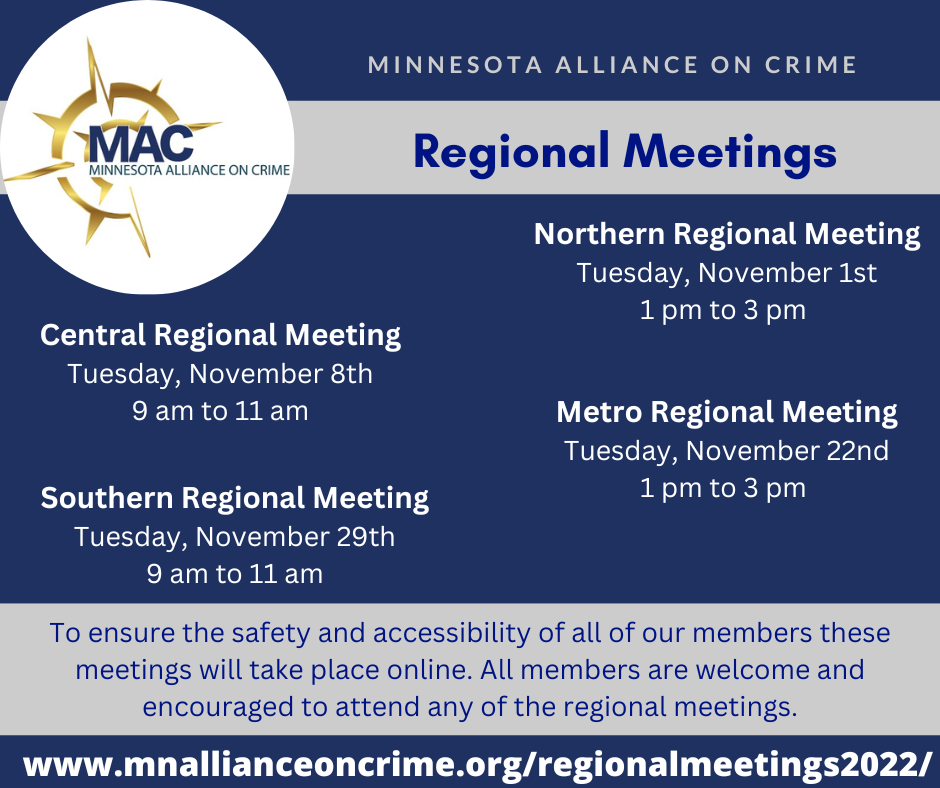 The Minnesota Alliance on Crime (MAC) is convening online regional meetings in November 2022 for our members throughout the state. These FREE meetings are an excellent opportunity for you to discuss emerging issues in your community and to learn more about what’s happening in other regions of the state and at MAC. 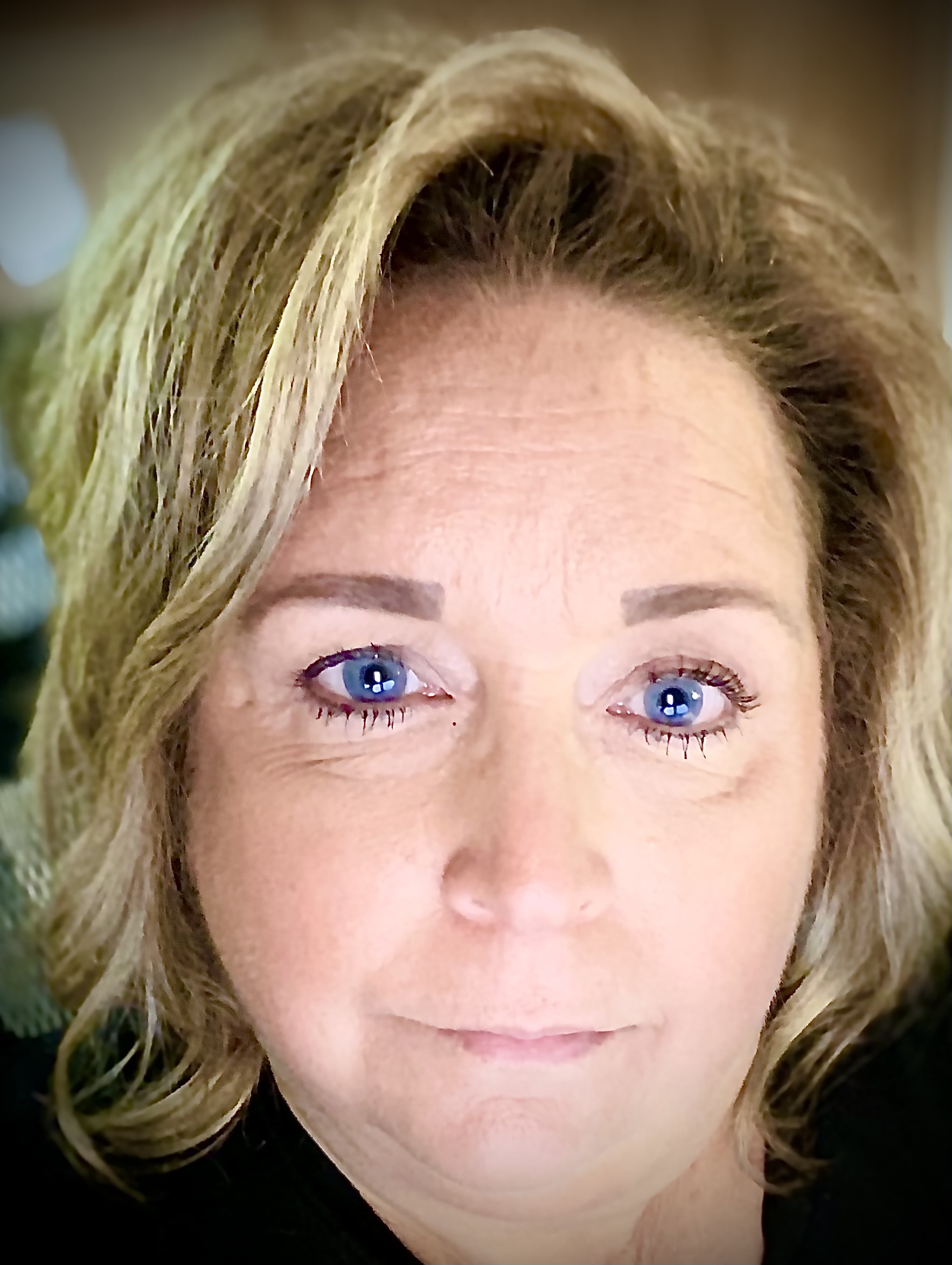 Bobbi Holtberg has been the Executive Director of the Minnesota Alliance on Crime (MAC) since January 2016.

Bobbi has over 25 years of experience working as an advocate with crime victims, developing and providing training to victim advocates, law enforcement, and other criminal justice system professionals, and developing, managing, and leading programs to meet the complex needs of all crime victims.

Prior to joining MAC, Bobbi was the Domestic Violence Response Initiative Coordinator at the Minnesota Department of Corrections (MNDOC). In her role at the MNDOC, Bobbi worked to ensure that victims were aware of, and afforded, their post-conviction rights.  She also provided essential information regarding how the correctional system could and should be more involved in planning for victim safety prior to an offender’s release from incarceration.

Bobbi was a Program Director for 7 years at, what is now known as, Violence Free Minnesota. Bobbi convened statewide agencies and stakeholders to collaboratively address systemic practices, public policies, and available resources that impact the safety and well-being of crime victims in Minnesota.

Bobbi began her advocacy career as a volunteer crisis line advocate and then became a staff member at a direct service community program that provided support and advocacy to victims of intimate partner violence. Bobbi credits her 10 years of direct service work as the catalyst for her career in social justice and system change work.

Bobbi has been a leader in facilitating conversations regarding the disparity in response to victims from marginalized communities and shedding light on the inherent biases that exist within the criminal legal system and victim services field.

All MAC members are welcome to join us!

Central Minnesota Regional Meeting
Tuesday, November 8th: 9 am to 11 am*

Southern Minnesota Regional Meeting
Tuesday, November 29th: 9 am to 11 am*

*MAC is committed to making these meetings accessible to all members. If you cannot attend your region’s date/time, please feel free to register for one that works for you! 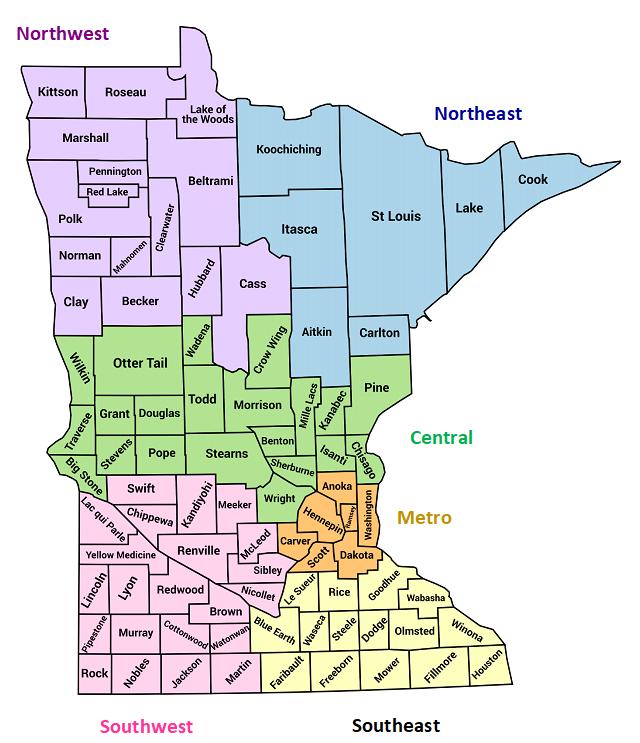 The Minnesota Alliance on Crime connects systems, service providers, and victims to advance the response for all victims of crime.