The Minnesota Alliance on Crime connects systems, service providers, and victims to advance the response for victims of all crime.

In the early 1990s, several crime victim service providers throughout Minnesota began meeting informally for the purpose of providing support and sharing knowledge and resources with each other. This group of dedicated individuals identified the need to become more organized in their efforts. Out of this need, the Minnesota General Crime Victim Coalition was incorporated in 1993. 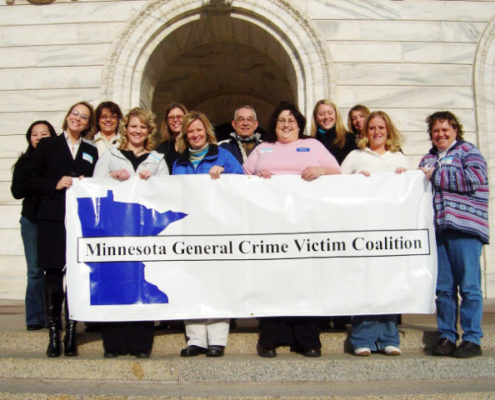 In 2007, the coalition changed its name to the Minnesota Alliance on Crime.  Working with other agencies, programs and service providers – including prosecutors, law enforcement, probation, court staff, legislative leaders, victim groups, and advocates – MAC promotes better crime victim services in all facets of the criminal justice system and beyond.